Things are finally getting back to normal. I had a lot of catching up to do after more than five weeks out of town. The bookkeeper came by and sorted through several months worth of credit card and bank statements. I’ve been following up with clients, sending thank you notes, issuing invoices, researching employee benefits, buying new office furnishings and other fun admin stuff.

Business is also picking up: We’ve got a feature and several commercials going on, and word is that more projects are on the way. We just finished casting for skateboarders again, interestingly, since the cast and crew premiere of “Paranoid Park” took place last night. It was great to see the film away from the glitter and nerves of Cannes, surrounded by friends and colleagues.

A few other features we worked on over the past year are nearing completion and we can hardly wait! “Selfless” by the Pander Brothers is one of them and “The Auteur” by James Westby is another. These guys are so talented and we had a blast working with them!

The “Feast of Love” trailer is starting to be seen in cinemas. Word is that it will be released in October. 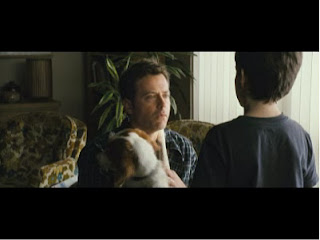 Now where are those three NEW feature scripts we’ve heard are coming down the pike? Fingers crossed that they don’t all land in our inbox on the same day! 😮