Just returned from a whirlwind trip to Europe to speak at the Prague Film School, teach a workshop at the English Theatre Berlin (alongside casting directors Nancy Bishop and Emma Style) and attend EFP‘s fantastic Shooting Stars program at Berlinale.

Last year’s program featured David Kross (“The Reader” opposite Kate Winslet) and Carey Mulligan (nominated for an Oscar for “An Education”), so the caliber of talent is high and I can’t wait to see what this year’s honorees will accomplish.

This was my third year at Shooting Stars and, along with casting colleagues from all over Europe, I got to meet 10 of Europe’s top up-and-coming actors. I’m seen in this video with French actress Anaïs Demoustier and Polish actress Agata Buzek:

Check out the Shooting Stars website for more info and to view the actors’ reels: 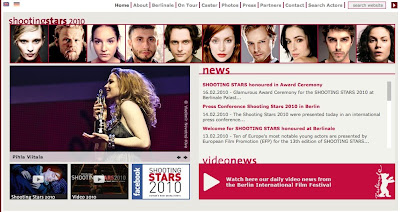 Next month, Lana is teaming up with her colleagues Prague Casting Director Nancy Bishop and UK Casting Director Emma Style on an international actor marketing seminar in Berlin, where Nancy will be launching her new book, “Secrets from the Casting Couch.”

Lana will be speaking on Sunday, February 14th, 2010, but classes will be offered all weekend.

Here’s a shout out to Nancy! 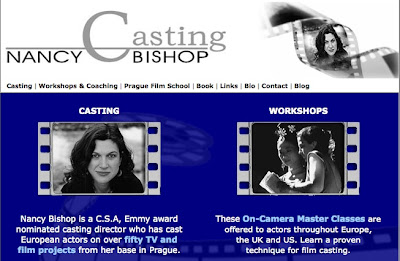 MARKETING FOR THE INTERNATIONAL MARKET: FOLLOWED BY BOOK LAUNCH

In this seminar, taught by Nancy and guest speakers casting directors Emma Style from UK and Lana Veenker from US, actors will learn how to present themselves for international work, highlighting how to crack into the US and UK markets. Marketing skills covered will include how to create an effective, eye-catching C.V, choose a key photo, and create a show reel and website. Nancy will outline some basic facts about the O1 Visa, for US work; Emma and Lana will discuss the specific demands of the UK and US markets. All participants will receive a free copy of “Secrets from the Casting Couch.”

About Nancy: Emmy-award nominated, American Casting Director, Nancy Bishop, has cast over sixty American and British films, from her base in Prague. She has cast for major feature films including Roman Polanski’s Oliver Twist, Hellboy, Bourne Identity, and the recently released Wanted and Prince Caspian. She has been teaching casting workshops throughout Europe, the UK, and the US, and the head of the Acting for Film Department at the Prague Film. She is a member of The Casting Society of America, and the International Network of Casting Directors.

About Emma: Emma Style has been casting since 1984. Her work includes film, television and theatre, past work includes Tea with Mussolini, Emmy Award winning Prime Suspect V and multi BAFTA award winning Our Friends in the North. More recently Emma has been casting The Take, Hogfather and The Colour of Magic. This year her work to be shown includes Going Postal for SKY, Exam, a low budget feature film and she is currently casting The Silence, a four part BBC One Drama.

About Lana: Lana Veenker began her career in London and, launched what is now one of the most successful location casting companies in the US. She has found her calling in helping actors who live outside Hollywood break into the business. Her numerous projects include casting on Extraordinary Measures, starring Harrison Ford; Twilight; The Road starring Viggo Mortensen; and 15 episodes of TNT’s Leverage. She is a member of the Casting Society of America and the International Network of Casting Directors.

Check out Nancy’s blog and website for more information.