This is a little past due, but my report on the recent Celebrity Vampire Baseball fundraiser in New Orleans was delayed by a little something called the “kernel panic screen” on my computer. Not good. 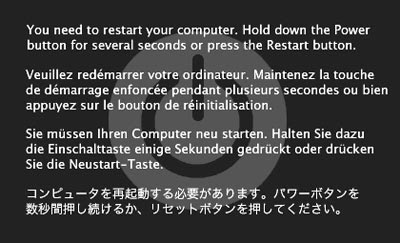 No amount of restarting would bring this baby back to life. It took three attempts to completely erase my hard drive and reinstall all the programs, only to see the Screen of Death once again, when I attempted to restore my backed-up documents.

So, my beloved MacBook Air has been shipped off to Apple and I’m left trying to cast two TV shows, run a business, finish a book proposal, prepare my personal and business tax returns and update this blog on whatever computers I can get my hands. FUN!!

For those who don’t know about Celebrity Vampire Baseball, it is a fundraising event organized by Fan Trips. In the Twilight saga by Stephenie Meyer, baseball is a favorite pastime of the Cullen family of vampires. The fundraiser pits Twilight actors against other celebrities to help raise money for various non-profit organizations, such as the American Red Cross and Hope for Haiti Now.

I taught a few acting workshops in conjunction with Vampire Baseball last summer in Portland and also helped out as a talent wrangler (a task similar to herding cats). We had a blast with Edi Gathegi, Rachelle LeFevre, Peter Facinelli and several others from the Twilight cast.

So when I was lucky enough to be invited to help out again on the event–this time in New Orleans–I jumped at the chance. I had never been to Louisiana and was looking forward to seeing many of my Twilight and New Moon friends again, including Alex Meraz, Chaske Spencer, Gavin Bristol, Alexander Mendeluk and many of my behind-the-scenes buddies, such as agents and fan site administrators.

One of the best parts of this game was the team of people on the ground in New Orleans who had banded together to help us out. Louisiana has a thriving film industry and I got to meet several actors, directors, producers and other professionals who had volunteered to pitch in and make the event a success.

I had a blast hanging out with them and learning more about how Louisiana has built its film industry from the ground up. Even post-Katrina, there are 80 (count them: EIGHTY) films shooting in Louisiana this year that have qualified for state film incentives. Other states certainly have a few things to learn!!

Of course, the funnest part was the game itself, which was full of antics on the part of the actors and the other celebrities who participated (including New Orleans Saints kicker Garrett Hartley of Super Bowl fame and actor Nelsan Ellis of True Blood).

The evening ended with a concert by MUTEMATH, Lee Safar, The National Rifle and Sole Pursuit, benefiting Haiti relief efforts. All in all, a great weekend!

Once I get my computer back, I’ll edit this post to add some photos. In the meantime, here’s a video taken by one of the fans of Alex Meraz performing some pretty awesome dance moves. Enjoy!

Can’t wait until Vampire Baseball Salt Lake City on May 22nd, where Twilight actors will compete against Olympic athletes! 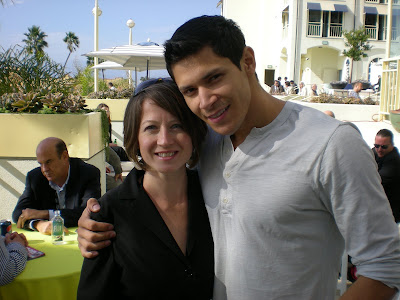 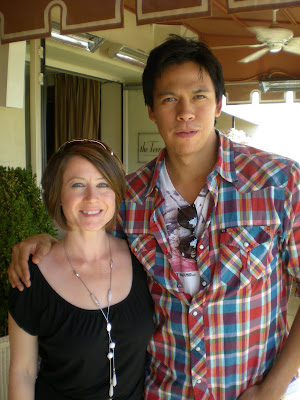 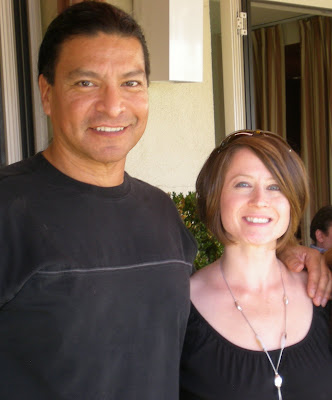 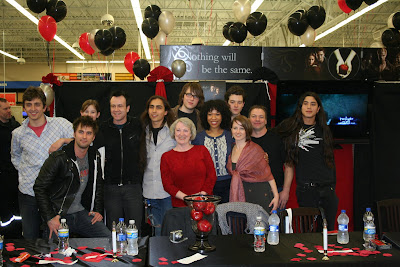