The staff of Lana Veenker Casting will soon be taking off to New York City for the world premiere of a film we cast, James Westby’s Rid of Me, starring Katie O’Grady, Theresa Russell (Black Widow, Bad Timing), Storm Large, Art Alexakis (of Everclear) and more.

Check out the trailer and poster! 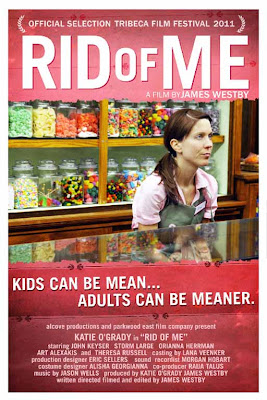 Can’t wait to see Oregon take Tribeca and the Big Apple by storm!

PORTLAND, ORE. With all the buzz around the big Hollywood blockbusters such as “Twilight” shooting in Oregon as of late, local director James Westby’s latest project, “Rid of Me,” could easily slip by unnoticed. Except that Westby has quietly assembled the A-team of Oregon cast and crew–and a few household names to boot. 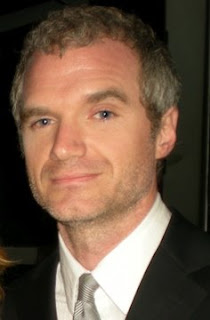 His previous movies “Film Geek” and “The Auteur” triumphed on the festival circuit, earning a loyal online following on websites such as YouTube (nearing 10 million hits) and garnering sales of “The Auteur” on Amazon, iTunes and soon on Netflix. Modern-day distribution channels in place, the Oregon filmmaker set out to shoot his next project.

With a modest budget and barebones production already underway, Westby confides that “[Rid of Me] already feels like the best film I have ever been associated with. An amazing cast that you won’t believe.”

A cast that included, at the outset, rockers such as Art Alexakis, former frontman of the band Everclear, and Storm Large of Storm and the Balls, who recently gained national recognition on CBS’ “Rock Star: Supernova.” But Westby felt that the role of Storm’s mother might also be right for an actress with some cachet and sought out the services of Oregon casting director Lana Veenker, to see who might be interested.

“We were overwhelmed by the response to the casting breakdown we sent out in LA,” says Veenker. “Agents of some of the top actresses in the business were beating down the doors to work on this tiny film, all because they wanted the opportunity to be involved.”

When Westby saw actress Theresa Russell’s name pop up in his email, however, his heart jumped. “This Theresa Russell idea is OUT OF CONTROL,” he scribbled to Veenker. “Have you seen her in ‘Straight Time?’ Or in ‘Bad Timing?’ ‘Black Widow?’ OMG. She even looks like she could be Storm’s Mum.” A few phone calls later and Russell’s flight to Portland had been booked.

Westby’s dream team also includes some of Oregon’s top crew and talent. Actress and co-producer Katie O’Grady (“Management,” “Untraceable”), who was billed as “hilarious” in “The Auteur” by Variety and whom Westby calls “incomparable,” takes her turn as the lead character Meris.

“Getting to work in Oregon has been a great benefit for us,” says O’Grady, “because the Oregon film community has been so generous with equipment, resources, locations and time.” She cites the examples of Bruce Lawson (key grip on nearly every major film that has shot in Oregon over the last 20 years) and creative agency Sockeye Creative, who have provided tremendous resources for their mom-and-pop shop. “It’s humbling to work with such strong talent. There’s not one weak link in the cast or crew. Everyone is pitching in to make this the best project James has ever done.”

And it may very well be, if the final project is as good as the dailies reportedly are. Cast and crew are pinching themselves already: “There’s a fluidity to James’ work that is incredible to observe; it’s like watching him conduct an orchestra. He’s musical and his creative eye is next to genius,” marvels O’Grady. Very promising news for Westby and his team, and for Oregon itself.