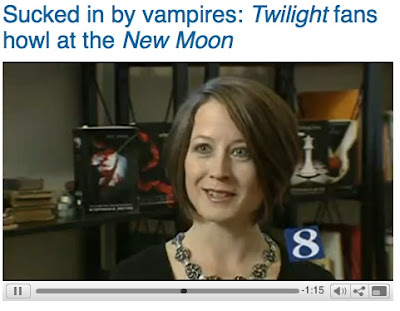 Teenage girls (and probably a fair number of boys, men, and women) will be lining up for midnight screenings of New Moon, the film adaptation of the second novel in Stephenie Meyer’s vampires-meets-90210 Twilight saga.

Twilight fans were disappointed when New Moon’s producers decided to shoot the film in British Columbia, after shooting the first film in the Northwest.

The third film, Eclipse, has wrapped shooting, but star Robert Pattinson told MTV that Breaking Dawn, the fourth movie, will be shot in Portland. If it’s true, that’s huge news for the local film industry, and Twilight fans, who are sure to stalk the stars as soon as they show up.

Pat Dooris talks to fans and industry veterans on the eve of New Moon’s premiere.